One of the most requested things, when it came to blog content in the past month has been Molly’s adoption story. I recently put a big poll up on Instagram asking if that was something everyone would want to read about. And ironically 97% of you all said yes! Which if you ask me was a little bit shocking! So as Valentine’s day is here and we seem to sometimes discuss the ones we love the most (being human) I decided to talk about how Molly came into Connor and myself life roughly six months ago. 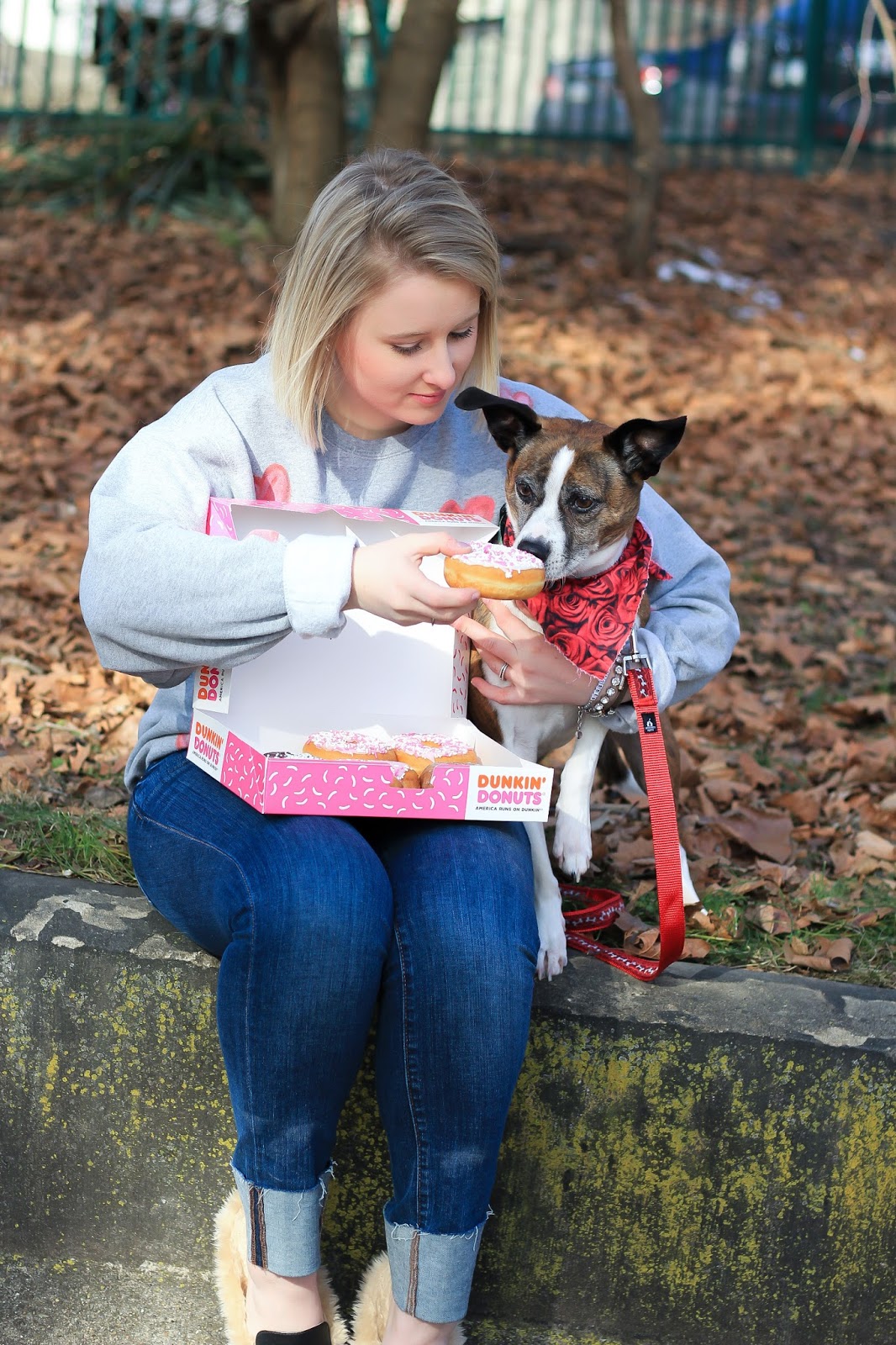 For one Connor discussed a dog.

Some months prior to adopting and getting Molly he voiced his opinion about wanting to have a dog. He knew he did not want to adopt a baby puppy due to schedule with school, housetraining, potty training and just all that puppy stuff.  We knew when we found the dog it was going to be unexpected.

However, we knew we wanted to adopt not shop.

As a millennial, I think this is a huge thing so many people my generation are starting to adopt. And I really appreciate and love the idea that people my age are taking this idea into mind. My dog that I have had since childhood is a puppy from a “dog boutique” and let me say he has been an amazing dog but a dog that has unfortunately so many health problems.

And then came Molly

When we received Molly she was given to us, from a couple that no longer could care for her. She was seven years old and was this hyper oblivious dog. The previous owners I think thought of her to be just another dog. When Connor and myself went to pick her up we started to have that remorse of getting her. Taking her away from her home for seven years and taking her from the people she loved dearly. Connor and myself, knew NOTHING when it came to taking care of a dog. Connor didn’t even tell his Mother and or Father we were adopting a dog. It truthfully was something we did in whim.

We soon found out when we got her how eager, excited and relieved they were that someone wanted to take her. It made us even more nervous about taking her. But we proceeded, to load up the car with her belongings and to take her home with Connor and myself.  I definitely do not recommend taking a dog to a new home, then to the city and then back home in one evening. We made out first, mistake with that. We took a dog that was so used to the country to city it almost was like a culture shock for the poor thing. Never ever do that to a dog ever…… 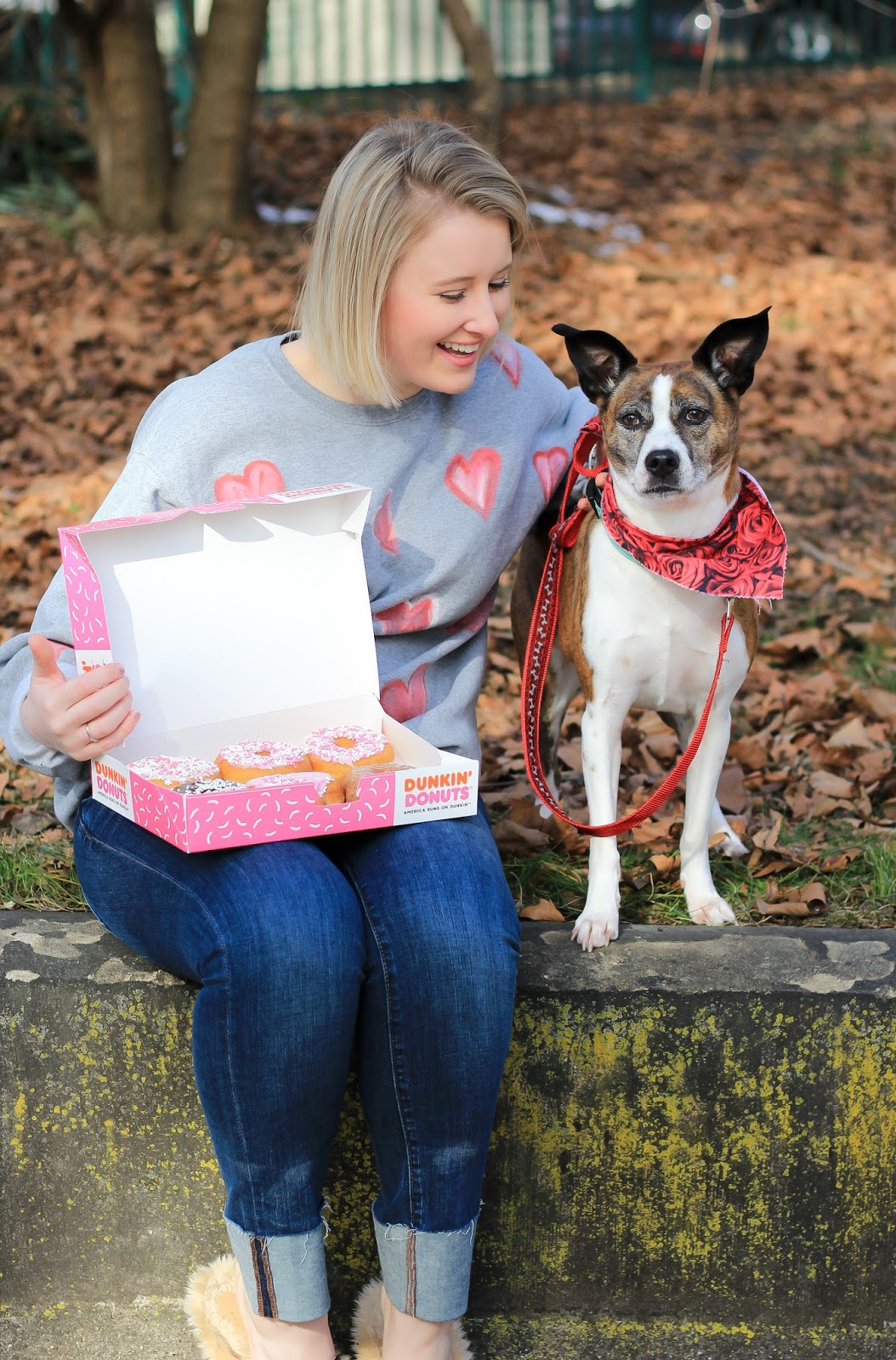 We have finally been able to get past her anxiety points. Molly needs attention, actually DESIRES loads of attention. And upon adopting her we knew that. She is an active and I mean active seven-year-old dog. Connor does try to give her an hour of playtime outside every day. Or play time in the house with her toys, for us some time of run and or play is enough for her to have that activity. However, she did have problems with being left and or forgotten. That is something we strived to work on with her. Recently she has calmed down so much and has accepted time alone and has recently stopped crying as much for attention. Connor and myself find it to be a call from God because she was so so needy and we never ever thought it would end. For so many months we would sit with her and touch her to let her know we weren’t leaving her. Also, she hated to eat, which made us so worried. I remember we would sit and watch and when she would start to chow down we couldn’t speak or move because we were so scared she would just stop. 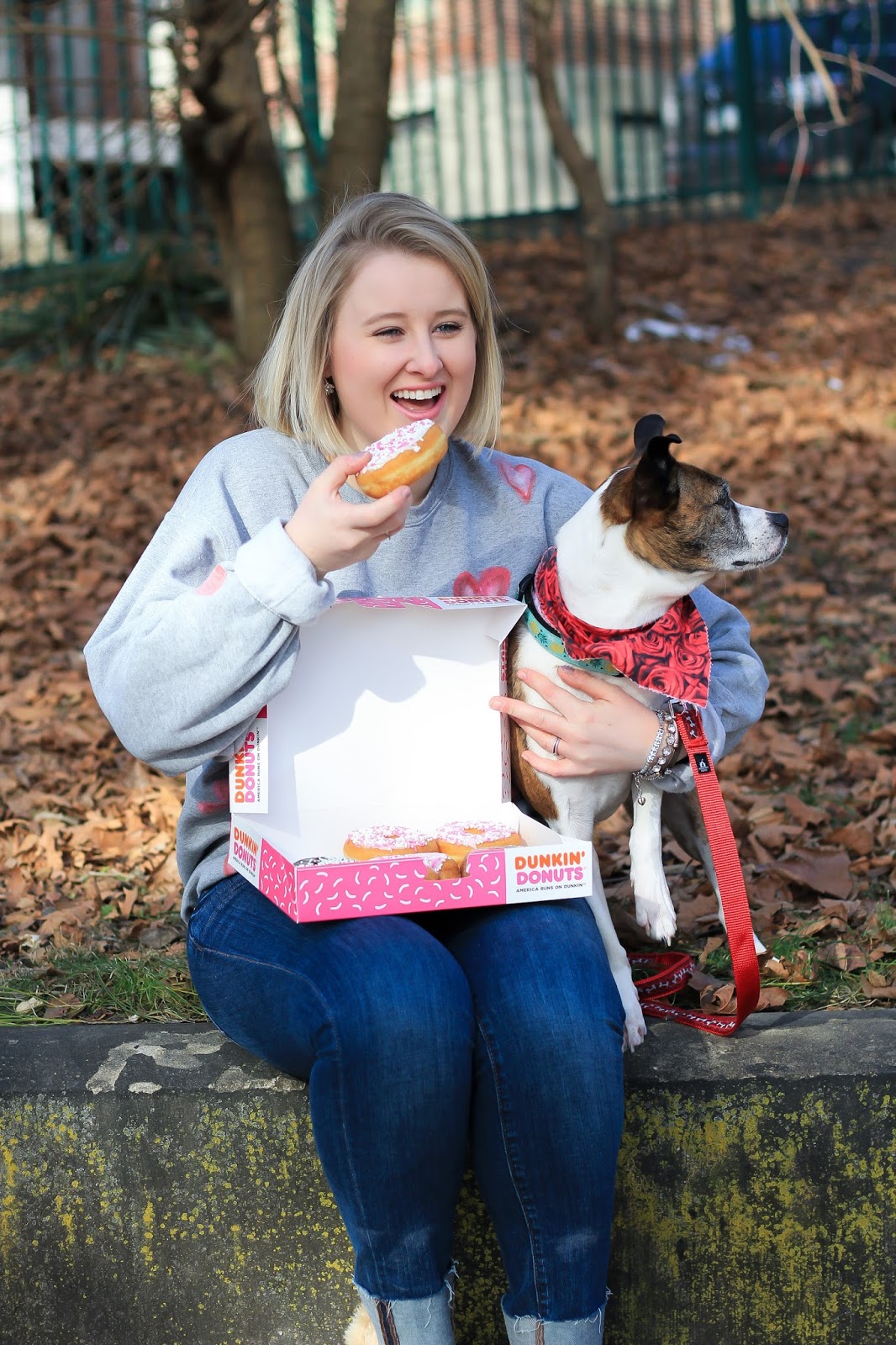 I would never think in a million years at 21 I would be a dog mom to this adorable girl. But her spunky, sassy personality is something I love about her. Her eyes are literally as big as her heart and deep down I think she was given a second opportunity. Molly Moe was loved so much before by her previous owners. And now she is loved by her new young owners! Instead of sharing what I love this valentines day I wanted to act upon a story of kindness and love, compassion. I feel like we all are given opportunities in this world to help make an impact on someone and or something. So this valentines day I encourage you all to make a purpose and to LOVE someone and or something! 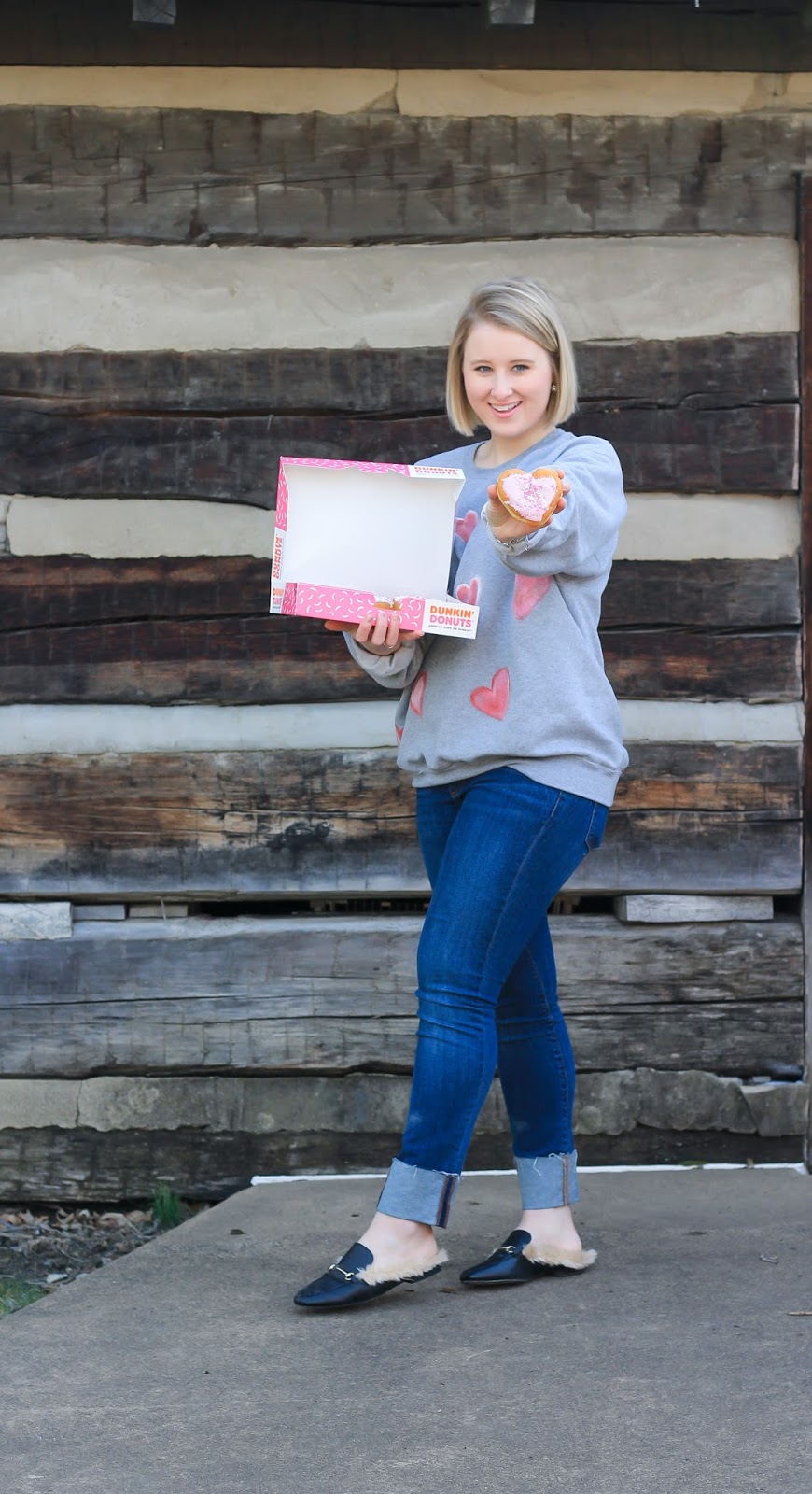 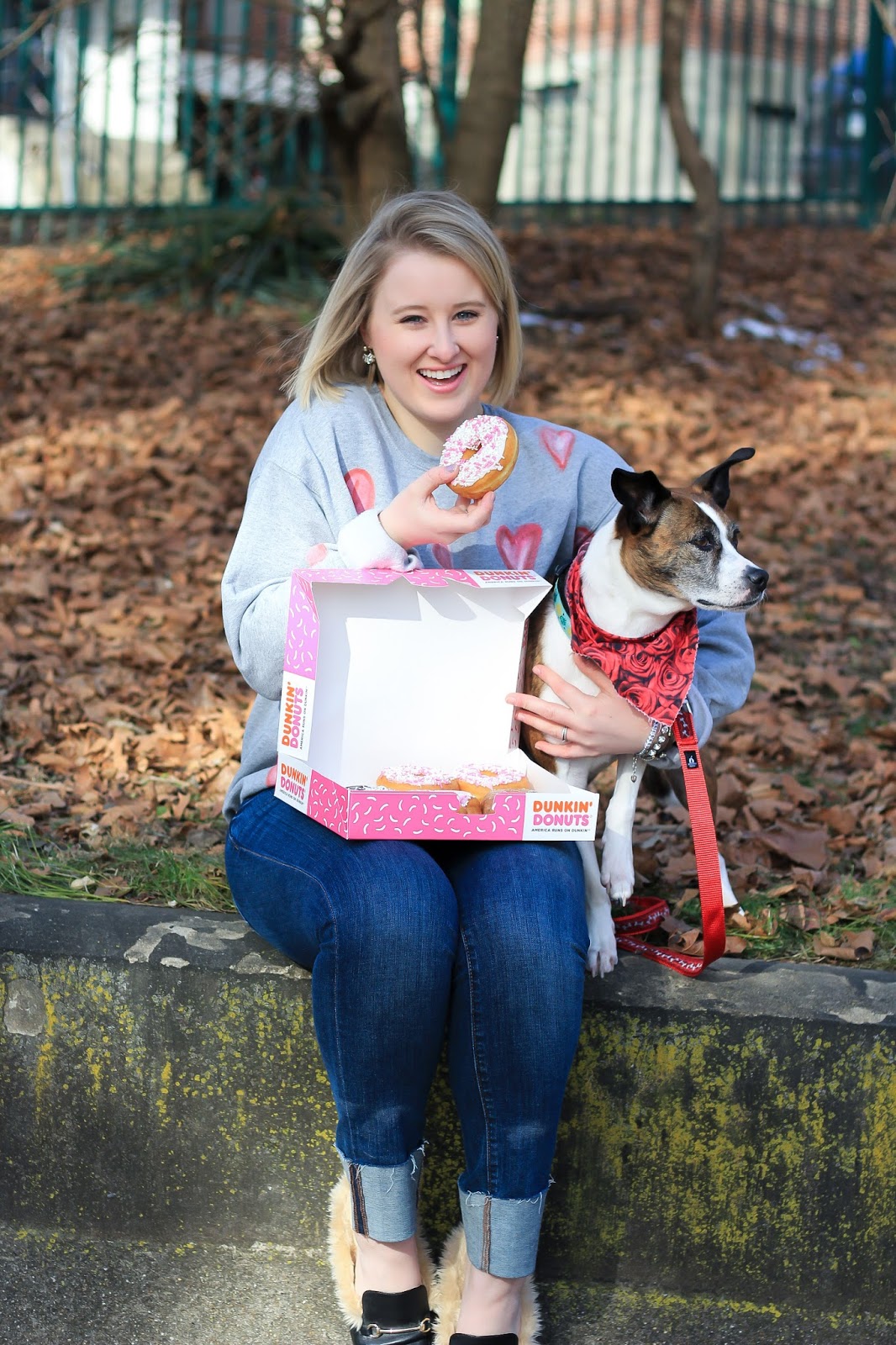 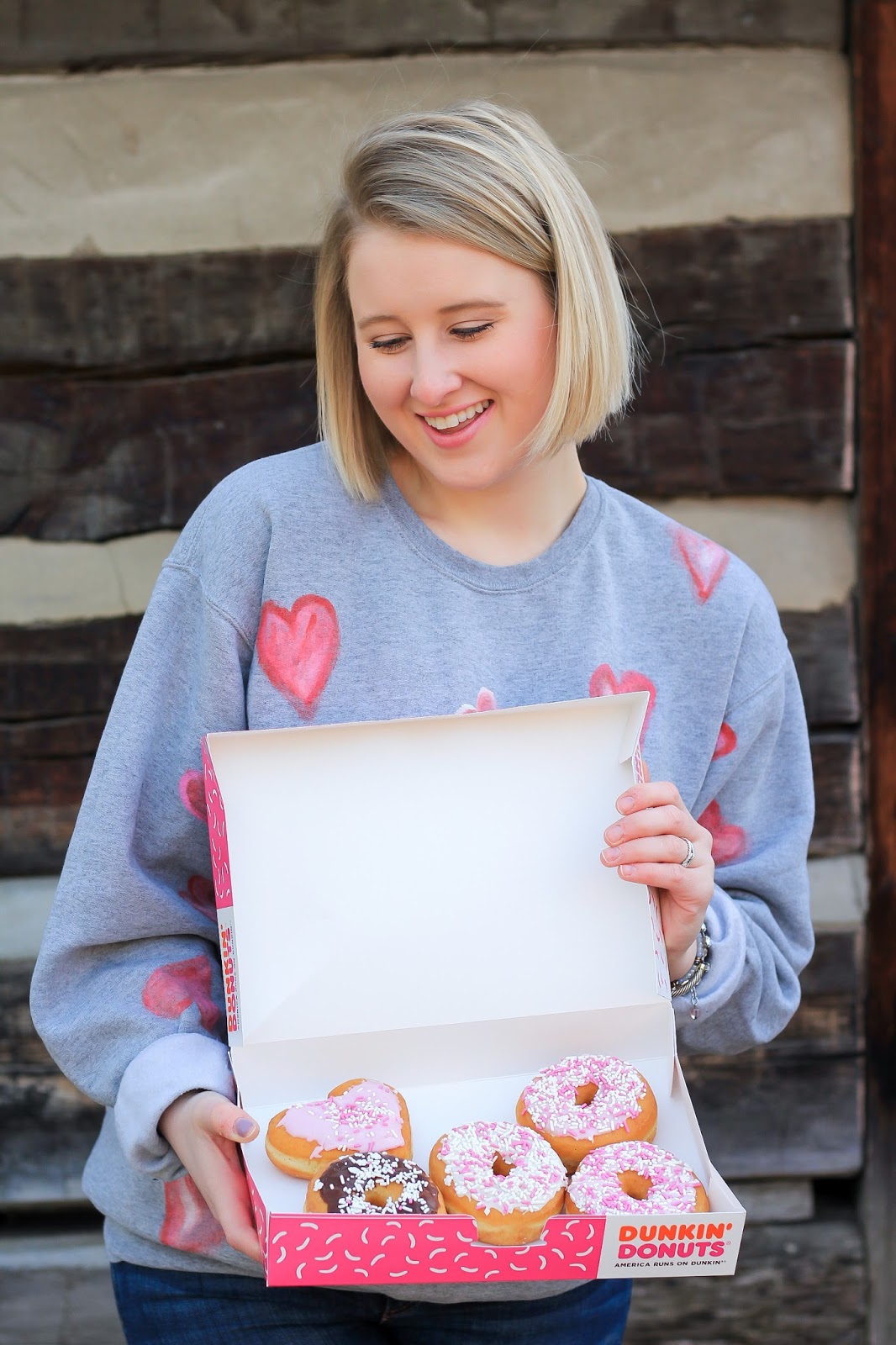